When a demon attacked an ordinary boy, he lost consciousness, and awoke in a castle full of monsters inhabiting the same body as that castle’s princess!
What’s more, because they now share a body they share all sensations and can even change gender!
In order to get the princess out of his body and back to her own, the boy needs to help the princess regain her memories.
Together they navigate a perilous castle full of alerted monster girls.

Magic Castle RePureAria is a 2D Metroidvania style game, where you navigate a maze-like castle to collect new items, skills and forms to transform into. By having sex with monster girls they might even form a contract with you, allowing you to call upon their skills to further power up.​ 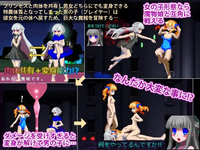 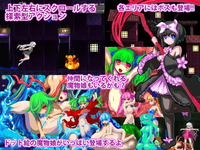