— Typos & Bugfixes
Fixed a bug where Robin appeared in vegetarian mode
Fixed a number of misgenderings, let me know if you find any more please!

— Other Changes
New cheat: i’ve come to make an announcement: shadow the hedgehog’s a bitch-ass motherfucker – Changes you into Eggman from the sonic snapcube real time dubs. Thanks to Emi for suggesting this!
I’ll be including little display windows with new versions to let people know when new mod characters are added, just in case anyone misses the big green button in the room.
Added a proper number checklist to Victoria’s PTSA talk. Hopefully this’ll help some of the people who get Charlotte’s ending and are confused why she’s not corrupted. 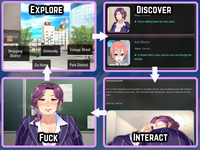 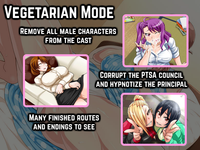 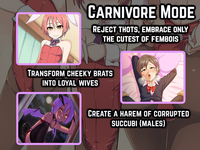 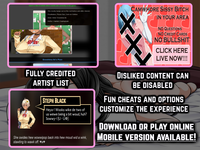 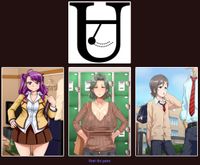 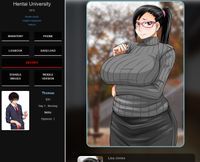